As a leading retailer, we know we must play our part in tackling the climate crisis, so we’re taking action in our own operations and within our wider supply chain to reduce our carbon footprint. 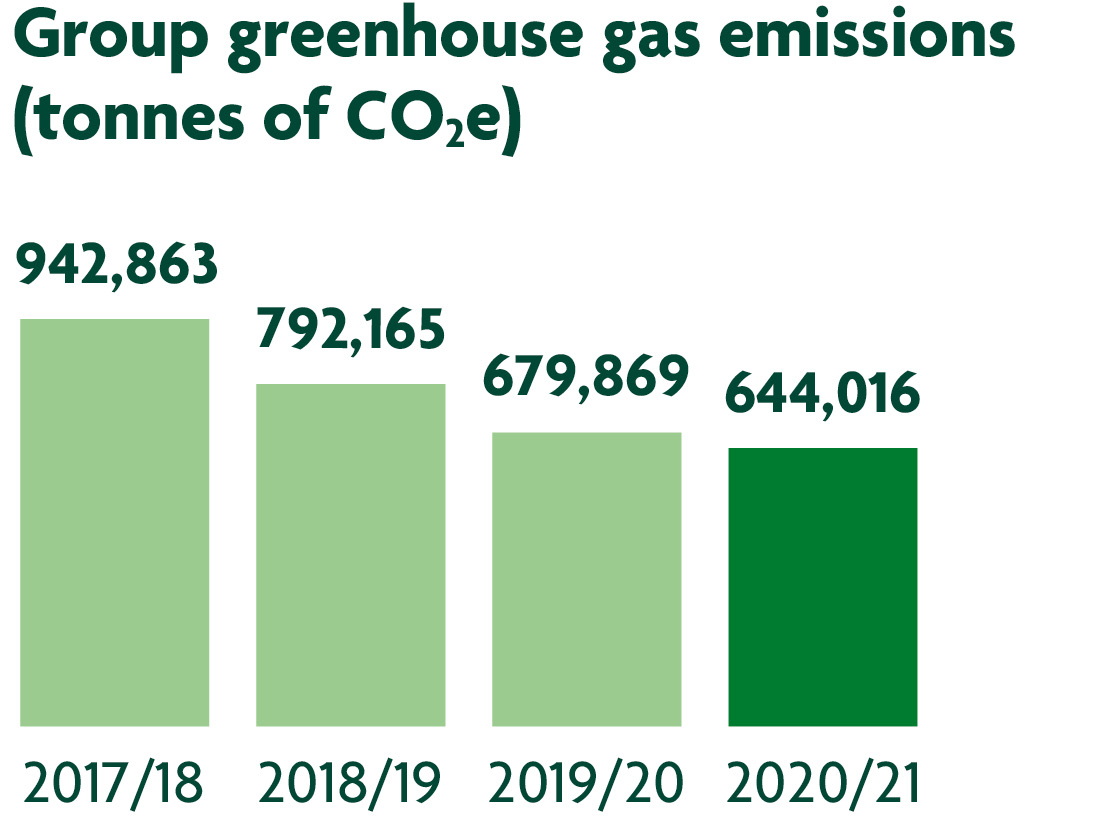 Net Zero from our own operations

We’ve brought forward our commitment to reach Net Zero greenhouse gas (GHG) emissions from our own operations by 2035, five years earlier than initially promised and 15 years ahead of the UK government target.*

We’re already ahead of forecast in reducing our operational carbon emissions. A 33% saving was promised by 2025, but we’ve already reduced our carbon footprint by 32% - saving almost 300,000 tonnes of CO2 since 2017.

* On Scope 1 and 2 emissions Morrisons is making the move to help limit global warming to 1.5 degrees, in line with the highest ambition of the international Paris Agreement - to limit temperature rises to 1.5 degrees above pre-industrial levels. Morrisons Scope 3 emissions will follow a well below 2 degrees pathway. 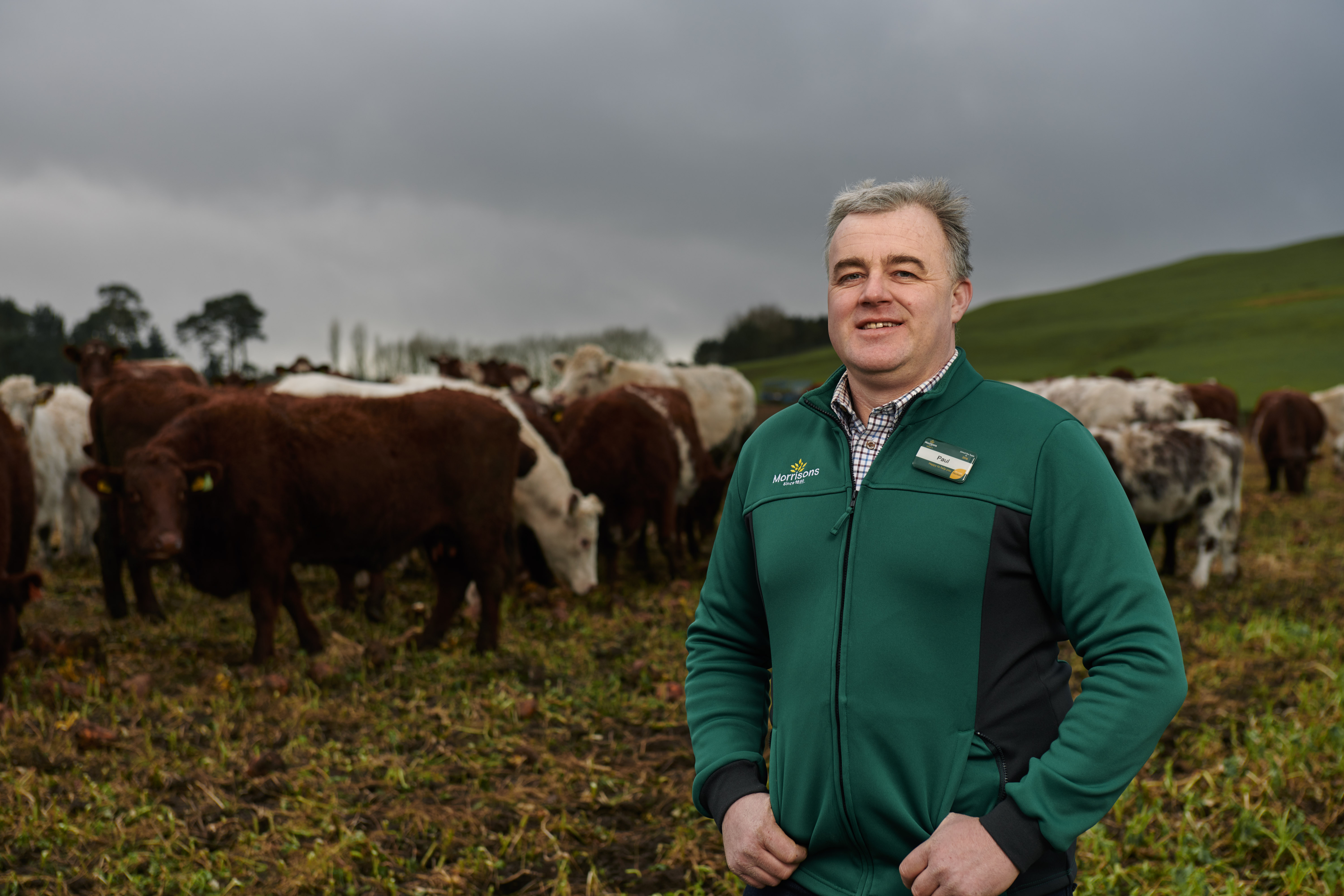 We're committing to reducing our wider ‘Scope 3’ emissions across our entire own brand supply chain - by 30 per cent by 2030 and are already working with suppliers to support them in this.

As British farming’s biggest supermarket customer, we’re in a strong position to lead changes in environmental practice. We’ve pledged to be the first supermarket to be directly supplied by net-zero carbon British farms by 2030. Net Zero products will be sourced directly from our British farmers into our food making sites for own brand products and will include beef, pork, lamb, potatoes and eggs.

We’ve partnered with Manufacture 2030 to measure the emissions of our own-brand products. Each year we’ll ask suppliers to share how much energy they have used across their manufacturing sites alongside their future plans to reduce this.

Energy saving at stores and sites

New technologies are helping us to reduce emissions associated with heating, cooling and lighting our stores and sites. We’ve introduced technology at 260 stores on the shelves of our open fridges to keep the cold in and reduce energy consumption, and a number of our stores now have fridges and freezers fitted with doors which is providing significant savings. And we're using the heat created by refrigeration to provide hot water in store. Boiler replacements and control upgrades across our sites and stores are reducing our gas consumption, while LED lighting upgrades, voltage optimisation and a ‘Switch off and Save’ scheme are cutting power use. 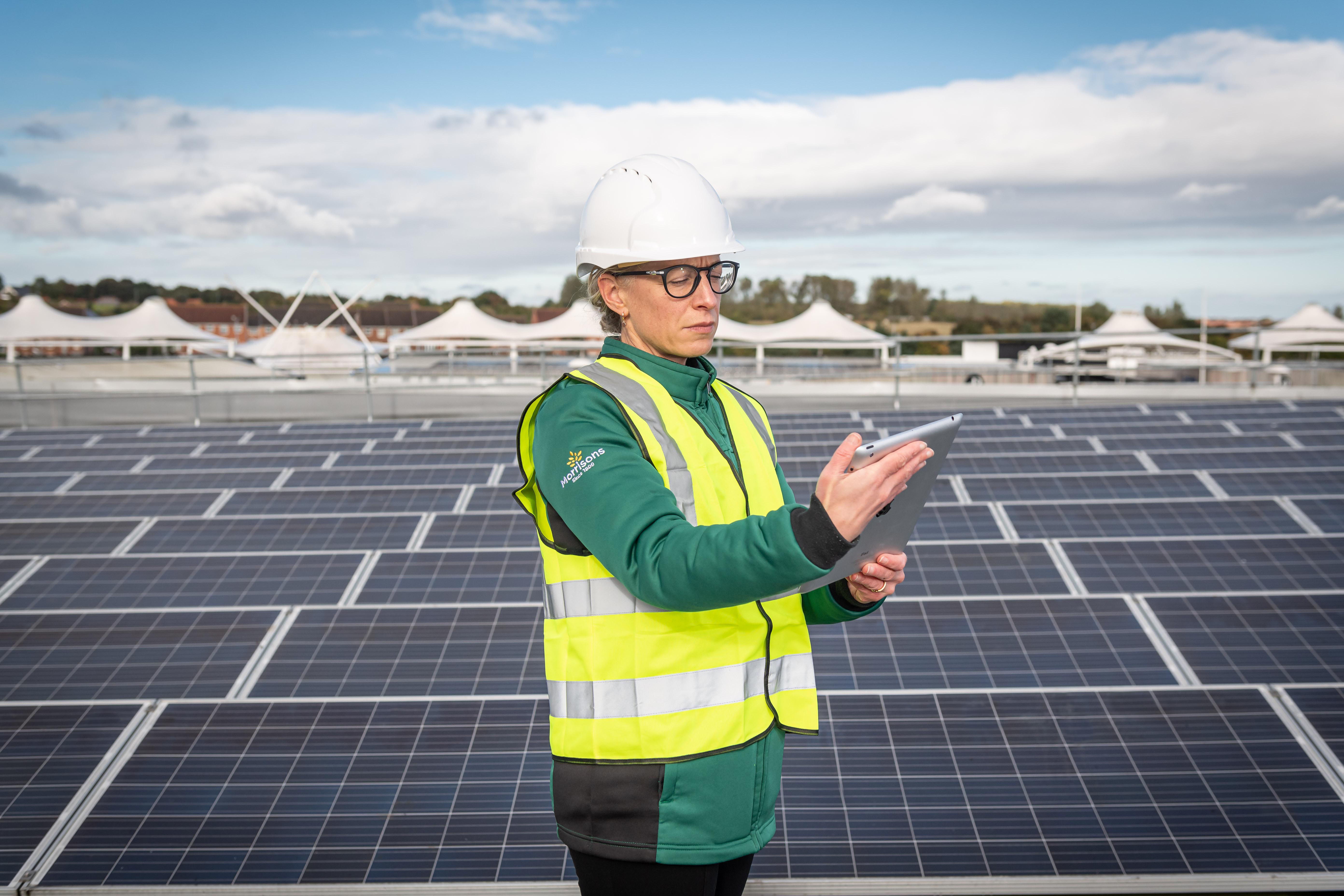 Increasingly, we’re both a generator and a user of renewable energy. We currently generate 5MW of electricity from solar panels installed across 37 sites. As part of our carbon reduction plan we’ll become the first supermarket to own and operate our own solar panels which we’re planning to build on top of a significant number of our stores and sites. Overall, we’re working on a five-year plan to buy and use renewable energy. 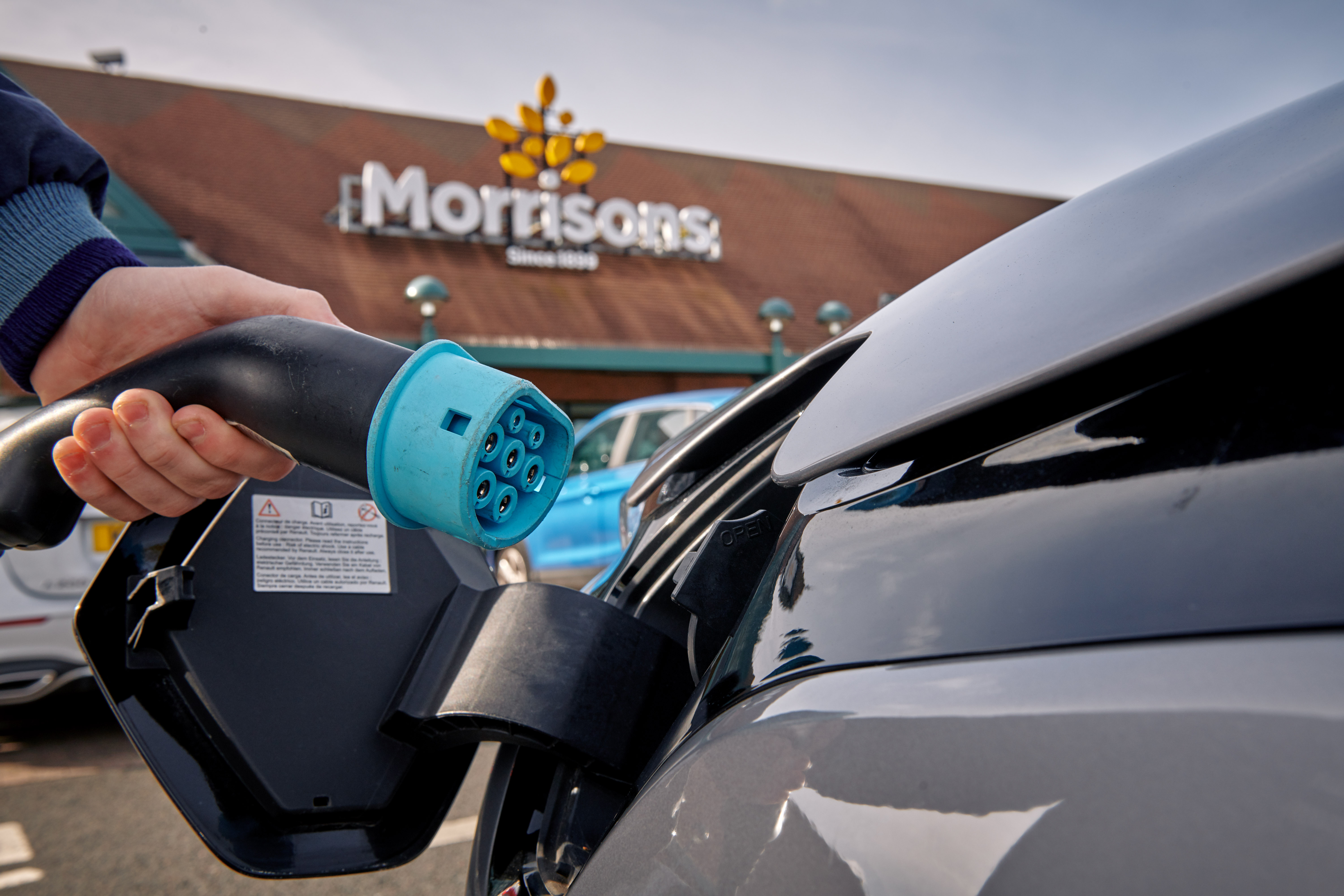 Reducing the impact of our transport

We’re using planning, training, vehicle technology and alternative fuels to cut our transport emissions. We plan routes carefully to reduce road miles, and combine driver training with telematics to reduce energy-intensive driving styles and idling time. Our HGVs use bigger trailers so we need fewer of them on the road and they all run on low-friction tyres. We’re adopting new vehicle technology too: introducing a lightweight fleet of morrisons.com vehicles that use 10-25% less fuel; trialling new morrisons.com electric vehicles; using electric vehicles to run doorstep deliveries at our stores; and trialling HGVs and trucks that use different fuels – electricity, compressed natural gas and hydrogen. To make our chilled trucks more efficient, we’re also trialling the use of solar panels to power refrigeration. And to help power our customers' electric vehicles, we’ve so far installed over 220 ‘next generation’ rapid chargers at stores nationwide - allowing customers to charge the majority of cars from an almost flat to full battery in under 45 minutes.

We’ve been reporting our carbon footprint since 2007, showing the impact of the emissions from our operations (scope 1 and 2) on the climate. We’ve responded to the Carbon Disclosure Project’s requests for disclosure for climate change since 2018 and in 2021 were rated C for climate change. We’re also proud to be a signatory to the British Retail Consortium’s (BRC) Climate Change Roadmap, which sets key milestones for our industry.

Our Scope 1, 2 and 3 targets have been officially validated and approved by the Science Based Targets initiative - as being in line with climate science.